I met Meredith sometime around 1995, after she left a note in my pigeonhole in Oxford, suggesting we meet. I had no idea who she was, but agreed anyway. We spent a delightful evening in a bar where she told me various tales of her life in Hollywood. 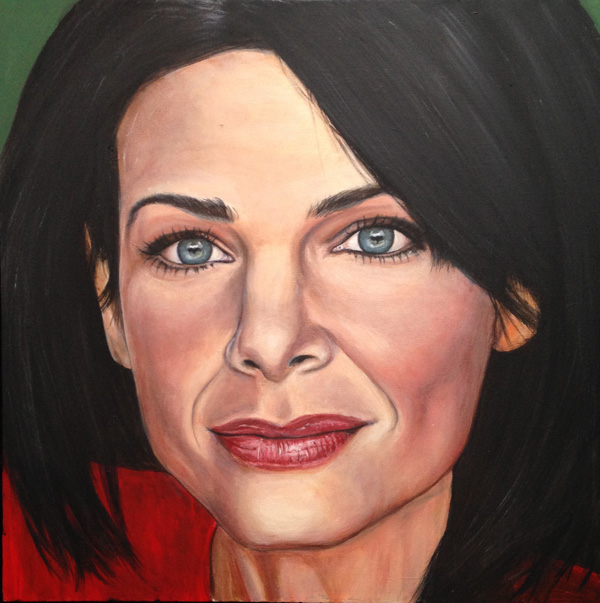 Our paths crossed again, a few months later, when I found myself in LA. It was there that we shared that most unique of American experiences – being held up at gun-point in an alley in West Hollywood. I distinctly remember the barrel of the gun being thrust into my chest, coupled with the demand “give me your money, motherfucker!”.

That was 20 years ago, and though our paths have crossed a few times since, I don’t think we’ve been in the same room for over a decade. Hence this painting has been derived from photographs, rather than a traditional sitting. It is more the ‘idea’ of Meredith, rather than the ‘actuality’.

Given her career as an actress, this feels somehow fitting.

New activity in your timeline.