Erwin Schrödinger is considered as one of the founding fathers of quantum physics. He is, of course, most famous for his thought experiment, known as Schrödinger’s cat, an idea he developed while in correspondence with his friend, Albert Einstein . He received a Nobel Prize in Physics for his work in 1933.

I can find no evidence that he ever actually owned a pet cat, and perhaps since one possible outcome of his thought experiment is the death of the cat, it suggests he wasn’t overly fond of them.

In an attempt to convey the state of uncertainty in which the cat exists, I have painted the animal as a chimeric phantasm, visible fully only from a certain angle. 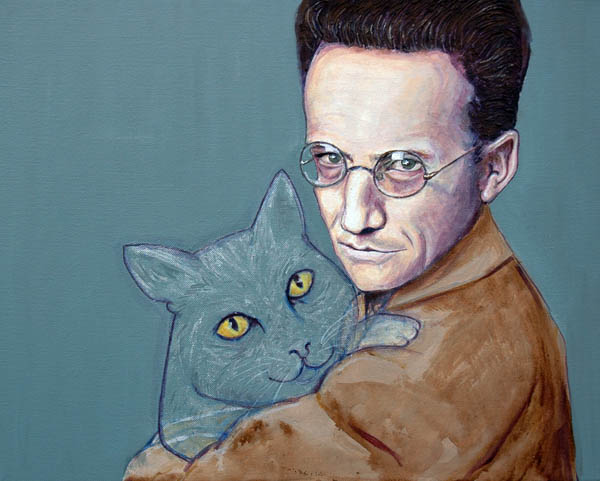 BUY this painting or a print at Saatchi Online

Schrödinger and the cat