Friedrich Nietzsche was a hugely influential German philosopher. Much misunderstood and misrepresented, he is perhaps best known for his notion of the Will to Power.

I have painted him embracing a horse, a reference to the event which is generally considered to be the point of his mental breakdown.

On January 3, 1889, Nietzsche suffered a mental collapse. Two policemen approached him after he caused a public disturbance in the streets of Turin. What actually happened remains unknown, but an often-repeated tale states that Nietzsche witnessed the whipping of a horse at the other end of the Piazza Carlo Alberto, ran to the horse, threw his arms up around its neck to protect the horse, and then collapsed to the ground. 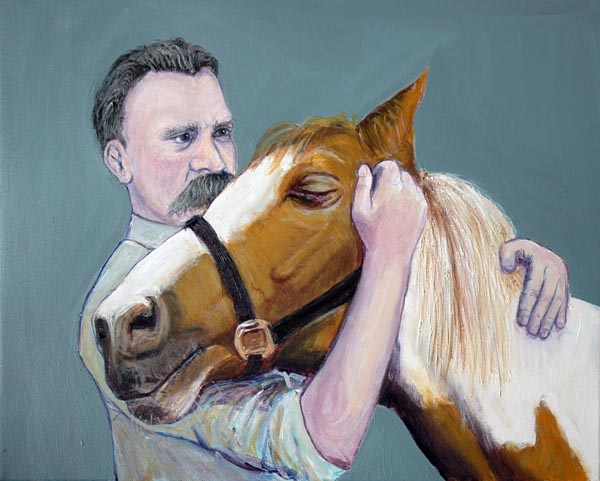 BUY this painting, or a print at Saatchi Online

New activity in your timeline.